Being drunk in love… but not intoxicated

We all love a celebration and, for many people, alcohol plays a big part in having fun. There is, however, one occasion when being drunk in love may cause you more of a headache than you bargained on!

♥  Guidelines on the Marriage Act

The current Guidelines are based on the Marriage Act 1961. They apply to all authorised celebrants who solemnise marriages in Australia, unless otherwise stated.

On p. 90, the Guidelines specifically refer to the fact that a celebrant must be satisfied that both parties genuinely consent to the marriage. If at any point they are unsure of the genuine consent of either party, they should not solemnise the marriage. They go on to say:

“For example, if alcohol or drugs are involved, the party should be displaying a reasonable level of comprehension or understanding of the nature and effect of marriage. A person who has had an alcoholic drink prior to the ceremony but is not inebriated is most likely to be able to be in a position to consent to the marriage.

However, a person who is intoxicated is unlikely to be in a position to form the necessary understanding of the nature and effect of marriage. It is an authorised celebrant’s responsibility to refuse to proceed with the solemnisation of the marriage if the parties are so affected by drugs and/or alcohol that the marriage would be void due to a lack of consent.

Ultimately, this is something that can only be determined on the day and requires the individual judgment of the celebrant. The celebrant may wish to offer to conduct a commitment ceremony, with the legal marriage being performed at a later date.”

The celebrant must also be satisfied that the legal witnesses are also in a fit state to provide evidence (if called upon) to establish the identity of the parties or to testify as to the circumstances in which the ceremony was performed.

it can be seen that this is not an issue to be taken lightly.

Of course, once the legalities have been attended to, the party can get started! The key things that must be included for any marriage ceremony to be legal are:

The notion of being drunk in love (meaning so in love that you feel intoxicated) is perhaps a safer way to go. This will ensure that, at the end of your wedding day, you will be legally married and have had an amazing time celebrating with those you love. 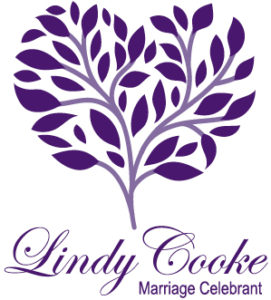