It’s interesting to note that the number of marriages, the age of those electing to marry and the person couples choose to marry them is, in part, reflected by society and recent changes to the law. Here are some really interesting statistics, released in November 2018 from the ABS, concerning marriage statistics in Australia for the previous year:

♥  The majority of marriages (78.0%) continue to be overseen by civil celebrants.

What about same-sex marriages?

The figures to come out towards the end of 2019 (i.e. those for 2018) will, for the most part, reflect the changes to the Marriage Act 1961 which took place on 9th December 2017. It is on this date that same-sex marriages in Australia became legal. Taking into account the minimum 1 month’s notice required by law, the date most same-sex couples were subsequently able to marry in Australia was on or after 9th January 2018. For this reason, only a small number of marriages recorded during the period 1st to 8th January 2018 were same-sex marriages. These exceptions relate to couples who were granted a shortening of time by a prescribed authority (which means they were not required to wait the minimum 1 month period as they met certain strict criteria.)

The first year where the statistics will reflect the number of marriages over a full 12 month period since the change to the law (i.e. those for 2019 where ALL couples who wanted to marry were legally able to do so) will not be until 2020. Further information on the specific changes to the Act can be found here. 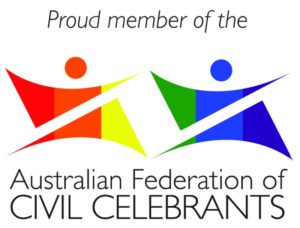 Calculating dates for your Notice of Intended Marriage

Calculating dates Calculating the one month notice When completing a Notice of Intended Marriage (NOIM), there are a few things to remember in terms of

What can go wrong at a wedding

What can go wrong? When something is important to you, it’s likely that you’ll plan everything in detail so that it flows seamlessly and at